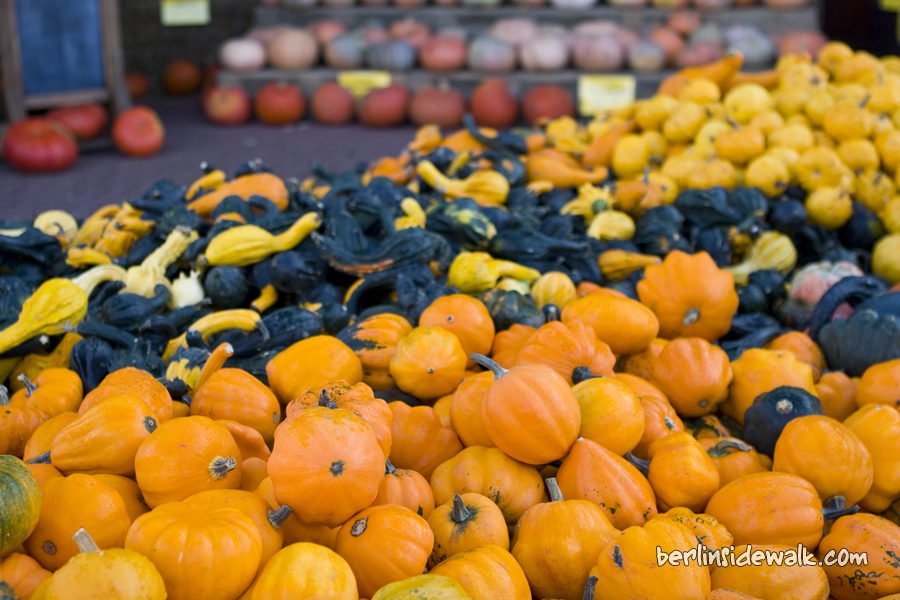 Halloween is over, but Thanksgiving (Erntedankfest) is near, time to sell the remains of the big Pumpkin Harvest. Never seen so much different Pumpkins together.

Thanksgiving in German Europe has a long tradition, but one that is different in many ways from that in North America. First of all, the Germanic Erntedankfest (“harvest festival of thanks”) is primarily a rural and a religious celebration. When it is celebrated in larger cities, it is usually part of a church service and not anything like the big traditional family holiday in North America.

Although it is celebrated locally and regionally, none of the German-speaking countries observes an official national Thanksgiving holiday on a particular day, as in Canada or the U.S.