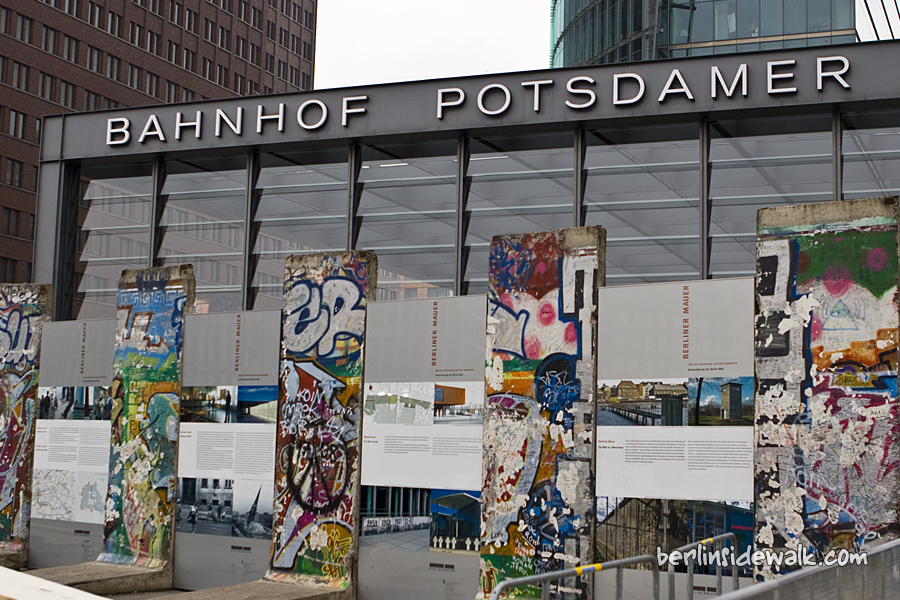 Postdamer Platz and Leipziger Patz, both near the U- and S-Bahnhof Potsdamer Platz, are the most blatant expression of how the Wall put a stop to Berlin’s urban development. After the fall of the Berlin Wall, new densely-populated quarters rose phoenix-like from the ashes of the old border wasteland.

Today, several Wall fragments and a single watchtower survived in Erna-Berger-Straße, where the new Ministry for the Environment has been established in the old Prussian Agricultural Ministry building once integrated in the hinterland wall. The lobby of the new building extension incorporates these remaining Wall fragments in their original position, thus making them accessible to the public.