More than half a million demonstrators and spectators were present at this years Parade. It was a diverse crowd: Men and women, gay and straight, young and old, from Berlin and all over the world.

The CSD Parade is a political demonstration. Every year there is a motto, and a list of demands for political changes that are necessary for the equality and acceptance of LGBT persons.

And of course it is also an opportunity to throw a big party down the streets of Berlin. There are dance beats, brilliant costumes, decorated floats, and the occasional naked upper body.

END_OF_DOCUMENT_TOKEN_TO_BE_REPLACED 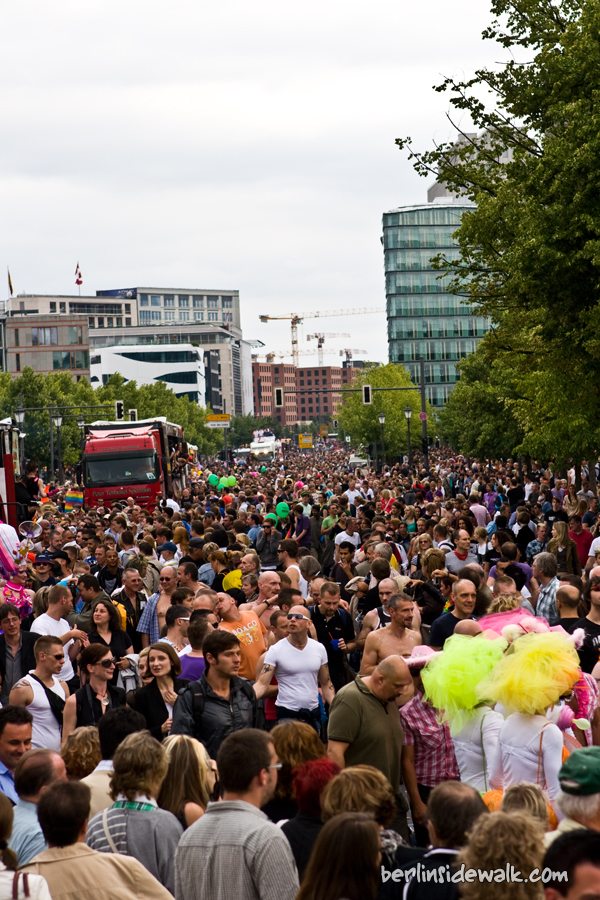 Last weekend, the Christopher Street Day has taken place in Berlin. The CSD is an annual festival held in various cities across Europe, comparable to the Gay Pride or Pride Parade in America. Over five thousand people demonstrated against the discrimination of gay and lesbian fellow citizen. From the Streets of the Kurfürstendamm to the feet of the Siegessäule (Berlin Victory Column).