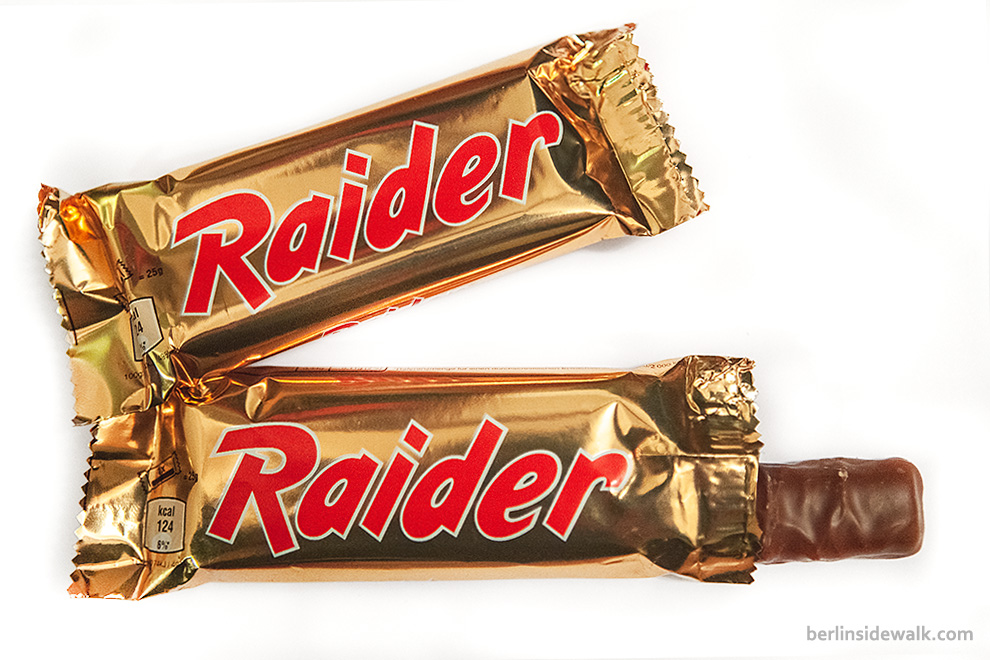 Due to their 30th anniversary, Mars Inc has created a special Edition of your beloved chocolate bars.

Twix was called Raider back in 1967 in many countries of Europe until the name was changed to Twix (1991) with an enormous advert campaign and a catchy claim called “Raider heißt jetzt Twix, … sonst ändert sich nix”  (“Raider is now called Twix, nothing else changes”).

Now Raider is back, but you can only buy it from a vendor on a subway station for a short time.