Visitors had the opportunity to inform themselves about the new electronic system, get a first view of the new models and even test-drive them on the large abandoned airfield.

END_OF_DOCUMENT_TOKEN_TO_BE_REPLACED Hundreds waited in line to get their copy signed by one of the most influential and innovative video game directors and writers in the industry. The art director of the Metal Gear Series Yoji Shinkawa was also present.

END_OF_DOCUMENT_TOKEN_TO_BE_REPLACED The City of Berlin has placed a 14 meters high and 53 meters wide Hollywood Sign in the middle of the Tiergarten between the Brandenburg Gate and the Potsdamer Platz.

The Holly- wait.. there is only one L? Oh boy, something went terribly wrong…

Just kidding, the Holywood Sign is a creation by the artist and filmmaker Ralf Schmerberg and part of a Climate Protection campaign, to plant 10.000 new trees all across the City.

So from now on, it’s “Welcome to HolyWood”.

END_OF_DOCUMENT_TOKEN_TO_BE_REPLACED END_OF_DOCUMENT_TOKEN_TO_BE_REPLACED

Due to their 30th anniversary, Mars Inc has created a special Edition of your beloved chocolate bars.

Twix was called Raider back in 1967 in many countries of Europe until the name was changed to Twix (1991) with an enormous advert campaign and a catchy claim called “Raider heißt jetzt Twix, … sonst ändert sich nix”  (“Raider is now called Twix, nothing else changes”).

Now Raider is back, but you can only buy it from a vendor on a subway station for a short time. 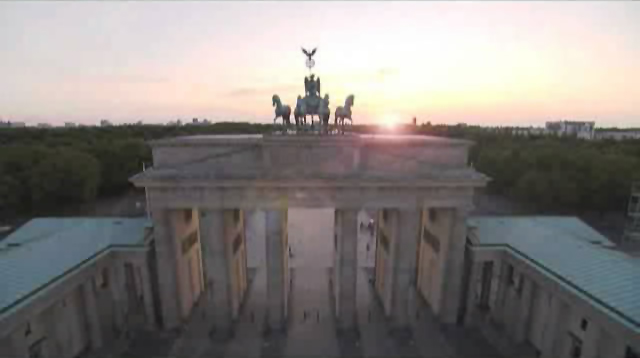 A new Trailer for Berlin’s image campaign “be Berlin” will be aired on CNN International in 148 countries worldwide. The 30 seconds clip shows a few of Berlin’s landmarks, people and shall show Berlin’s transformation to a unique and dynamic metropolis, 20 years after the fall of the Wall. END_OF_DOCUMENT_TOKEN_TO_BE_REPLACED